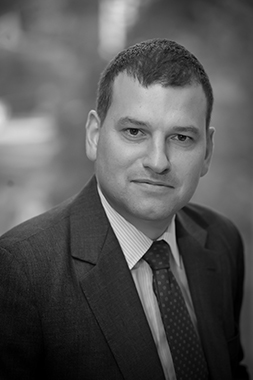 Dr Dan Donath, Vice President, splits his time between the London and Prague offices of CRA. Dan specializes in large multi-jurisdictional mergers and complex merger investigations at the European Commission.  He has been involved in more than 50 mergers during the last 17 years (including 16 Phase II mergers at the European Commission), and he has led some of the largest engagements at CRA, including the Boeing/Embraer, Gardner Denver/Ingersoll Rand, Energizer/Spectrum, Linde/Praxair and Chemchina/Syngenta mergers. Other notable European Commission merger investigations of the last 5 years include Connect Airways/Flybe, Calsonic/Magnetti Marelli, Carlyle/Sedgwick, Sedgwick/Cunningham Lindsey, Avantor/VWR and IAG/Aer Lingus.

Dan has also provided expert economic evidence and testimony in numerous cartel investigations, disputes and arbitrations.  He has for example acted as the lead economist on behalf of one of the major Cathode Ray Tubes producers worldwide since 2010 and submitted numerous reports to the competition authorities, courts and for settlement purposes during both the administrative proceedings and the follow-on damages.  Other cartel/antitrust matters he has been involved in include the numerous European Commission investigations of the energy, financial and telecommunications sectors. Dan has also recently represented a natural gas company in a dominance dispute before an arbitration panel as well as another energy company in an ICC arbitration over a pricing of a long-term contract for LNG deliveries.

Prior to re-joining CRA in 2015, Dan was an internal advisor at ČEZ, the Czech energy incumbent, on all aspects of competition and regulatory issues. He was also previously a member of the Chief Economist’s Team at the European Commission and served on the Appeals Board for Mergers and Antitrust of the Czech Competition Authority from 2008 to 2010.

Dan has a doctorate in economics from Pennsylvania State University and was previously an Assistant Professor of competition economics at the Masaryk University in Brno.