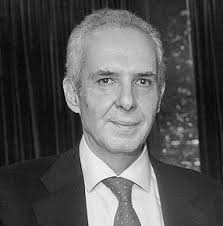 Profess Katsoulacos held earlier roles teaching at the Universities of Southampton, Bristol and Liverpool, visiting roles at the University of Pittsburgh,  Charles University (Prague),  CREST-ENSAE (Paris), as well as Directorships at the Institute of Economic Policy Studies (Athens) and the Joint Doctorate Programme in Economics of AUEB and the University of Athens.

His other roles include:

He has acted as advisor or consultant to the European Commission (CEU), the OECD, the World Bank, the EBRD and major corporations and Competition Authorities at various times since 1986. He has coordinated or has been principal investigator in over 60 research projects funded by the above international organizations since 1989.

In 2005 he initiated, and has since organized, the CRESSE Annual International Summer School and Conference in Competition and Regulation (www.cresse.info).