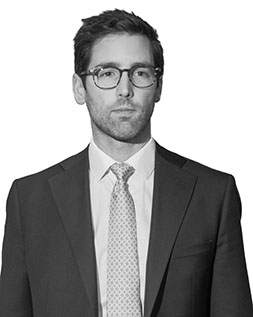 Gaber Burnik is a Principal in the European Competition Practice at CRA. In this role he is responsible for economic advice with a focus on empirics.

His work covers mergers, abuse of dominance cases and damages litigation across a range of sectors including financial services, transport, and digital platforms. His economic advice has been presented in front of the European Commission, the US Department of Justice and other national antitrust authorities in Europe and Asia.

Gaber has an extensive expertise in regulatory and completion policy. Prior to joining CRA, he worked as an economist at the Financial Conduct Authority and the Competition & Markets Authority, focusing on the issues of fair pricing in financial services. Previously he also spent two years in Deloitte’s Economic Consulting team, specialising in data analytics. A native Slovenian speaker, he is fluent in English and Serbo-Croatian.

Report for Ofcom on media plurality and online intermediaries