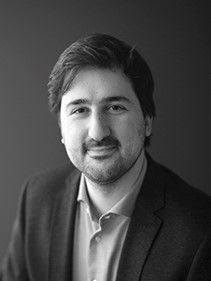 Luca Di Martile is a Principal at CRA’s European Competition Practice, based in Brussels, Belgium. He specialises in the application of econometric techniques to antitrust analyses, advising clients in all areas of competition policy, with a focus on merger control.

Prior to joining CRA, Luca was a member of the Chief Economist Team at the European Commission’s Directorate General for Competition for more than five years. During his time at the European Commission, Luca worked on several high-profile merger cases in a number of industries, including: the telecommunications industry (H3G/O2 UK, H3G/WIND Italy, T-Mobile/Tele2 NL); the airline industry (Ryanair/Aer Lingus III, IAG/Aer Lingus); basic industries such as steel (ArcelorMittal/Ilva), nickel (Aperam/VDM), cement (HeidelbergCement/Cemex Croatia), and intermediate components (Nidec/Embraco); fast-moving consumer goods industries such as coffee (DEMB/Mondelez), and batteries (Energizer/Spectrum Brands); the oil industry; and the chemical industry (Huntsman/Rockwood).

Luca holds a MSc in Economics from the University of Amsterdam. A native Italian speaker, he is fluent in English and Spanish.