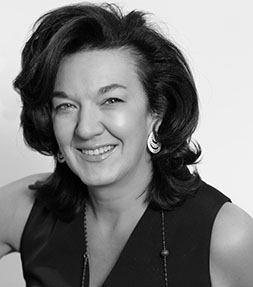 Dr Cristina Caffarra is a Senior Consultant to CRA in Europe (a team of economists based between London, Brussels, Munich and Paris).

Dr Caffarra holds a PhD in Economics from Oxford University and is an expert in the application of applied theory and industrial economics to competition law, as well as the empirical analysis of markets in the context of competition investigations. She has provided economic advice to companies on landmark cases in merger control, assessment of vertical restraints, finding of dominance, evaluation of abusive conduct, and several other competition/antitrust issues including bundling, tying, rebates, price discrimination, other forms of potentially exclusionary conduct, intellectual property rights, information exchanges, collusion and the assessment of damages.

She has directed and coordinated empirical and theoretical economic analyses on several of the high profile cases of the last 20 years before the European Commission (including matters involving Google, Microsoft, Apple, Amazon, Samsung, Hollywood Studios, Sky and others), the competition authorities of several member states, as well as the Courts in multiple jurisdictions. She has provided expert economic advice and testimony before the General Court in Luxembourg, the Competition Appeal Tribunal in the UK, the High Court in London, the High Court in Dublin, the Competition Appeals Tribunal in South Africa, and various other courts and arbitration in several litigated competition matters. She has particular experience in the economics of platforms and digital – including work on payment schemes for Visa, on search, Android, local search and other matters adverse to Google, as well as work for Apple, Amazon, Uber, Microsoft and multiple others.

CRA Conference ‘Antitrust in Times of Upheaval – a Global Conversation’

“The ABA Fringe”: Are the Europeans Creating Momentum on Digital Enforcement?

CRA Conference ‘Antitrust in Times of Upheaval – a Global Conversation’

EC imposes remedies on the merger between Qualcomm and NXP

easyJet’s acquisition of Air Berlin gets clearance from European Commission

Vodafone/Liberty Global Dutch JV gets Phase I clearance by EC, subject to conditions

Google Shopping: a Shot in the Arm for the EC’s Enforcement Effort, but how much will it Matter?

What are we regulating for?

Why Privacy Experts Need a Place at the Antitrust Table

The antitrust orthodoxy is blind to real data harms

The ACCC’s ‘bargaining code’: A path towards ‘decentralised regulation’ of dominant digital platforms?

Designing regulation for digital platforms: Why economists need to work on business models

EU vs. US – Evaluating Competing Approaches to Antitrust and Innovation.

The UK’s “Other” Big Experiment: Regulation of Dominant Online Platforms

Margins of Error: what should be the role of margins in merger assessment?

Is Antitrust in Need of Disruption: What Is Disruptive Innovation and What, if Anything, Does Competition Policy Need To Do to React to It?

The Competition Analysis of Vertical Restraints In Multi-Sided Markets

On the Economics of the Android Case